The American Foundation for the Blind estimates that 6.5 million Americans over the age of 65 have a visual impairment that severely affects their sight. The 3 most common visual impairments for senior citizens are macular degeneration, cataracts, and glaucoma. These impairments are often called the "silent stealers of sight" because they progress so gradually that people don't notice their vision decreasing until it has become drastic. Keep reading to learn more about these conditions, so you will be able recognize the signs and symptoms and can take action before your vision loss becomes drastic:

Referred to as AMD for short, age related macular degeneration is caused by progressive retinal damage. Sufferers of this disorder become easily frustrated because peripheral vision remains intact, but whatever object they try to focus on disappears.

For elderly who live alone, AMD poses significant safety risks. For example, a person with AMD who has to take several different medications won't be able to read their pill bottle labels and can easily ingest the wrong medicine. Falls often occur because seniors with AMD often misjudge or simply can't see obstacles in their path. And obviously, driving is out of the question. Folks with AMD also have trouble recognizing faces and reading.

There is no known cure for age related macular degeneration, but there are medications that can be taken to slow the progression of the condition. Fortunately for sufferers of AMD, it isn't painful, doesn't lead to total blindness, and doesn't cause other eye or health problems. Elderly people with AMD often do fantastic in independent or assisted living communities, when needed.

Cataract is one of the more well-known eye problems among older people. It's actually the world's leading cause of blindness in people aged 55 and over. The American Foundation for the Blind said that more than 50% of all adults are affected by cataracts by the time they reach 80 years old.

Cataract is a condition in which the lens of the eye becomes cloudy due to proteins clumping together. It can affect one or both eyes. As the condition progresses, a superficial inspection of the eye can reveal if a person has cataracts because there will be a discoloration over the pupil or iris. The larger the cataract is, the easier it is to see it. There is no pain associated with cataracts. The most common symptoms of cataracts are:

Treatment for cataracts depends on the severity of the condition. Mild cataracts are treated with the frequent use of medicated eye drops, eyeglasses, anti-glare sunglasses, magnifying lenses, and bright lighting. If the cataract is more progressed and the vision loss affects daily living, then surgery is needed to remove the clouded lens and replace it with an artificial one.

Glaucoma is the condition where increased pressure builds up in the eye and causes nerve damage, blindness, and sometimes pain. The major symptom of glaucoma is a gradual loss of peripheral vision, also called tunnel vision. Sometimes, it will look like there is a halo around the objects you are trying to focus on. A more minor symptom is eye pain, but not all glaucoma sufferers experience pain. With tunnel vision, a senior's ability to live independently is also in jeopardy because, like with AMD, there are safety issues regarding the ability to see medication bottles, obstacles in your walking path, and other tasks that depend heavily on vision.

It is estimated that there are about 70 million cases of glaucoma worldwide. There is no cure for this condition, but there are medications and surgeries that can be done to slow the progression of vision loss and relieve any pain or discomfort associated with the disorder.

Now that you know a little more about the 3 most common causes of vision loss in elderly people, you are better equipped to notice a change in your own vision. If you think you have symptoms of any of these 3 conditions, call an ophthalmologist at a clinic like Advanced Retinal Institute Inc for an eye exam as soon as possible. The quicker you can begin treatments for these conditions, the less likely you'll experience severe vision loss. 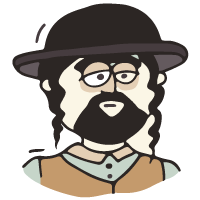